Kick off your visit on the 27th (Thu): see majestic marine mammals with a dolphin and whale watching tour and then take a stroll through The Rocks.

To find where to stay, more things to do, maps, and other tourist information, you can read our Sydney trip maker website.

The Route module shows you travel options from your home to Sydney. In June, plan for daily highs up to 21°C, and evening lows to 11°C. Cap off your sightseeing on the 27th (Thu) early enough to go by car to Canberra.
more less 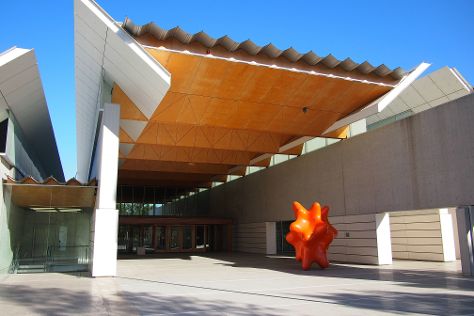 On the 28th (Fri), see the interesting displays at Old Parliament House, explore the world behind art at National Portrait Gallery, and then take in nature's colorful creations at National Arboretum Canberra. Here are some ideas for day two: get a sense of history and politics at Royal Australian Mint, then admire the landmark architecture of National Museum of Australia, and then take an in-depth tour of Australian War Memorial.

Drive from Sydney to Canberra in 3.5 hours. Alternatively, you can fly; or take a bus. Expect little chillier temperatures when traveling from Sydney in June; daily highs in Canberra reach 15°C and lows reach 0°C. Cap off your sightseeing on the 29th (Sat) early enough to go by car back home.
more less